It’s been a couple days since I last checked in and I’m sure you’re all worried that I’ve finally been assassinated by the Deep State MIBs at the behest of their shapeshifting reptilian masters. I have merely been enjoying the latest batch of flowers from DC TeaPad, but I do have a dead man’s switch post at the ready with a constantly updated list of my many, many enemies, to wit, in order of least to most likely responsible for my untimely demise: Let’s get to DC TeaPad! You already know they’ve got some great edibles available with Cherry Blossom Confections on the gift menu, so they wanted me to let you know that they’ve got some pretty sweet outdoor-grown flowers, too. The Gentleman received four strains for review, two indica, two sativa. My favorite was one of the latter, the classic cultivar AK-47. This particular grow was fantastic. I’ve had some AK-47 flowers from the dispensary that were of good quality but I didn’t love the effect. This crop from DC TeaPad is fantastic, light, super-dense green nugs with a lovely, woodsy scent that indicates a heavy dose of the terpene called humulene, known for its anti-bacterial and anti-inflammatory properties. It was the AK’s anti-fatigue property I enjoyed the most, which made me feel alert and focused while simultaneously relieving my anxiety and lifting my mood. A nearly perfect daytime medicine, it borders on restlessness, so I’d rather take a walk or get some work done rather than stare at the tube. The other sativa from DC TeaPad was the Goji OG, which had a similar, spicy aroma to DC MMJ cultivator Alternative Solutions’ famous Goji, but doesn’t share the same invigoration. It’s still a very heady strain, but instead of a burst of energy, fills my brain with a heavy, hazy fog that could leave me vulnerable to Art Alexakis’ diabolical machinations. Better I stay inside, lest I be captured and subjected to yet another maniacal diatribe from my arch-nemesis. “Daddy Gave Me a Name and Lo, It Was the Pale Rider of Death,” yaaaaawn, right, okay. At least til I’ve had a nap and finish watching Lucas Bros Moving Company. Why the hell Hulu isn’t promoting this as a suggestion instead of a dozen way crappier shows I stop watching after five minutes is beyond me, friends. DC TeaPad’s sample indicas were Bubba Kush, easily one of the most popular strains in the District, and the exotic Blueberry Hashplant (or HashBerry, if you prefer). Blueberry Hashplant had a rich, pungent aroma much heavier on the Hash side than Blueberry, while Bubba had a softer, earthy tone with a little bit of spice. As expected, the Bubba delivers a strong, relaxing body stone that helps me drift off to sleep without knocking me out right away. Blueberry Hashplant was a bit harsh, but put me in a bright, giggling mood before the rush of cannabinoids overwhelms and forces me to rest. I wouldn’t smoke either in the AM without some coffee. All these great flowers, vapes, edibles, and oil from DC TeaPad are just a click away, baby! This one, right here. Then all you gotta do is put your feet up and wait for delivery. You don’t even have to go outside where tripwires and Santa Monica taser-dogs lay waiting to claim unwary souls for the Alexaki death cult. Okay, maybe just a little bit outside, but you’ll probably be okay. If you really want to help me destroy his final Horcrux and end the threat once and for all, Subscribe to my Newsletter! 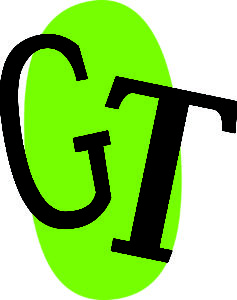